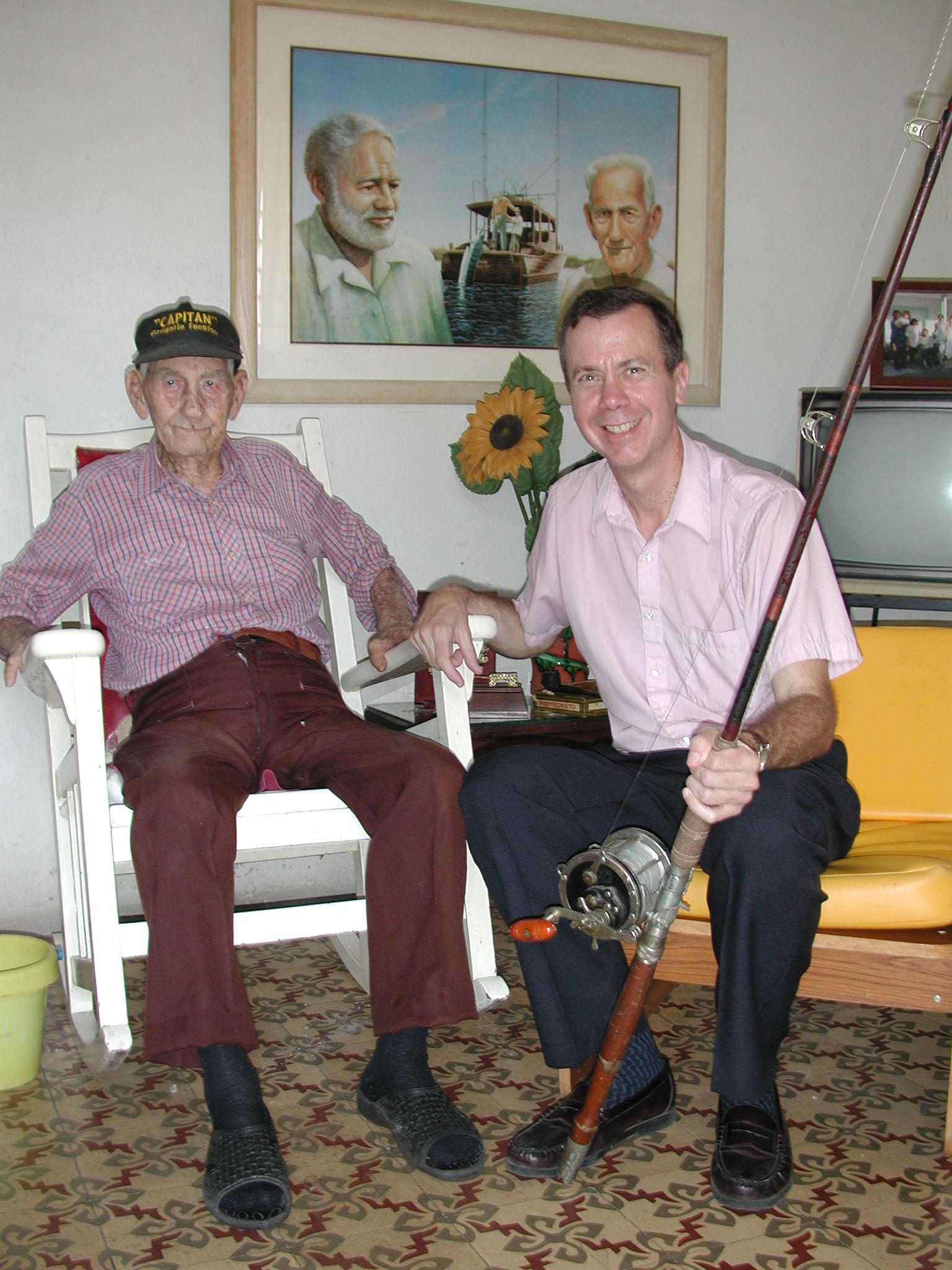 The following Gregorio Fuentes story was written by Veronica Gould Stoddart, USA TODAY in November, 1999. Webmaster note: Gregorio died in his home in Cojimar in January 2002 at the age of 104.

COJIMAR, Cuba - Hemingway's larger-than-life persona may live on in the Key West saloons, Parisian cafes, Spanish bullrings and African hunting grounds he celebrated during his life. But nowhere is his presence as palpable as in the memory of his old boat captain in Cuba.

Gregorio Fuentes, who turned 102 this month, was not only the novelist's confidant and faithful companion for more than 20 years. He was also the inspiration for one of Hemingway's most indelible characters: Santiago, the indomitable fisherman of The Old Man and the Sea.  Once entrusted with polishing the decks of the author's prize possession -- his 38-foot custom-made fishing yacht, the Pilar -- the ancient mariner now burnishes his old friend's legacy. From his humble home in Cojimar, a dozy fishing village east of Havana that was the setting for the novella, Fuentes receives a steady stream of visitors longing to connect with the Hemingway legend. His craggy, weather-lined face frames warm and lively eyes that light up at the mention of his old fishing buddy. "Blue like the sea and undefeated," wrote Hemingway of Santiago's eyes, though he could have been describing Gregorio's. "I was with Hemingway when he got the idea for The Old Man and the Sea," he recalls. 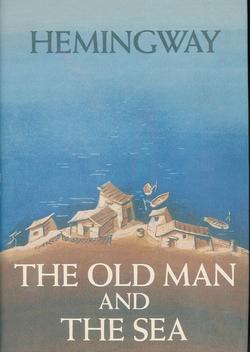 They were motoring along Cuba's north coast when they came across an old man in a skiff fighting a big fish. Sharks had surrounded him, and he was in a fierce battle. "We stopped and offered to help, but the old man shouted for us to get away," Fuentes says. "Later we heard the old man had died, which saddened Papa deeply. I know that is why he wrote the book."  Fuentes was also with Hemingway aboard the Pilar in 1953 when the writer heard over the radio that he had won the Pulitzer Prize for the book. But he remembers Hemingway's greatest triumph as having more to do with fishing than writing. "I was with him when he caught a 1,542-pound sailfish off Peru," he beams. "It was just the two of us, and it took three hours to catch. Was he ever excited!" Although Hemingway has been dead for 38 years, Fuentes still gets teary-eyed reminiscing about him. "In my whole life, I've known few other people of his caliber. He used to say to me, 'You and me, we're like brothers.' "The heart of this man was so humane," he continues.  Hemingway willed the Pilar to Gregorio, but the skipper never went out in it again. "I lost my desire to, because it only reminded me of him." So he gave it to the government, and now it sits on the grounds of Finca Vigia, the writer's home near Havana. 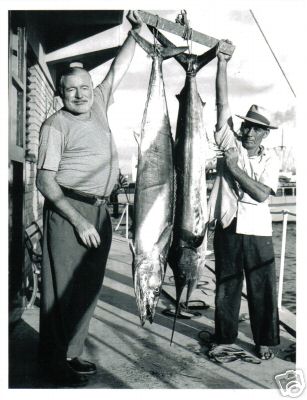 Fuentes is considered a national treasure in Cuba today (fans have filled more than half a dozen guest books in his home), but he doesn't dwell on the controversies that swirl around the icon like the Gulf Stream around his beloved Pilar. Rather, he is matter-of-fact when asked what he thinks of The Old Man and the Sea, which has brought him such fame. "I didn't need to read his books," he says. "I knew the man himself. I was there and lived it all with him."